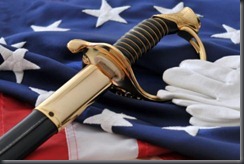 When it comes to Memorial Day weekend, it becomes sentimental in my family each year. The holiday isn’t just about Memorial Day and those who served their country, its about those who really gave it their all, while fighting for a country that believed in freedom for every man, women, child and race there is around the world.

But, those whose ideals, felt they didn’t deserve to be free or at lease have a right to freedom to begin with have misunderstood the meaning for “Liberty and Justice for all.” America became a country of its own in 1776, some 236 years after the Declaration of Independence was written by the forefather’s of this country.

I still believe in its merits and its beliefs of the constitution and what it stands for today. There is only a handful of countries that still believe they don’t deserve the basic rights of freedom to their own people, but, feel liberty is a threat and a meaning of treason to their own beliefs. It makes no sense, even to those countries that have remained in Communism and more.

But, for the troops who fought in wars and liberated those countries with peace and freedom and democracy, they shall be commended for their service and sacrifice to make those who’s lives were changed forever because of those who felt their own ideals should be meant, not that of those who wished to be free for life and eternity.

This site uses Akismet to reduce spam. Learn how your comment data is processed.