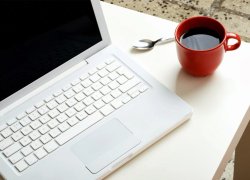 It’s nearly impossible to tell where the story will actually come from? I live in a part of the country where there are lots of stories to be told, but what is the most unique one to pick? One that will not only pick the writer’s brain but also the readers. “Bon Appetite,” I say with the most immortal pain in the ass lion’s roar you’d ever hear since the birth of the “Lion King!”.

Every morning when I get out of bed, I’m looking for something to write about, it doesn’t come easily nor is it to be found wisely in the middle of nowhere? It’s more like a catapult being thrown with a giant rock or stone toward the wizard or King’s Castle to break open the heavily guarded wall or mortified gate to enter the castle with the massive surge of resistance troops trying to recapture the heavily fortified castle against the rebels and more.

This not only reminds me but since I started writing this article, something has come to mind to make amends meet the ultimate goal in making some serious thought of one’s needs and more.

The ultimate brand of the story reminds me of a fellow “Amateur Radio Operator” that wants to give up his “ticket” or ham radio license to leave the hobby to pursue other means of a hobby. I myself have been a “ham” for over ten years and love the hobby dearly and I not only consider it a hobby, to begin with but also an “Emergency Communications tool,” to begin with in the first place.

I not only take my radio with me everywhere, but it is always nearby in case of an emergency – think of it as if it was sitting in an enclosed glass case or openly perched on the walls much like Fire Extinguishers, that hang on the walls of commercial buildings and businesses where it can be easily accessible to break the glass and grab the bottle and it’s attached hose during an emergency need such as putting out a raging small fire or during the need during a power outage and your cellphone is literally in the SHTF mode, to begin with.

That is pretty much how I view ham radio when I’m not on the radio chit-chatting with other hams or using it as an old “stand-by” tool in case of an emergency when I have no cellphone coverage nor am I in an area where cell coverage may be null has hell and you can’t get out and more, again remember the SHTF scenario same thing.

At least the radio is in close quarters whenever I go on a bicycle ride on my bike throughout town or out and about while out in the countryside during a bike ride – pretty much like an old “American Express Card” commercial, where they say, “never leave home without it,” ham radio is my “American Express Card,” as I once told my late Mother shortly after I passed my ham license exam and started operating in the radio with an “HT or handheld portable radio” like the one you see in the picture above in my handlebar bag on my Giant Sedona Mountian Bike.

Rather its an SHTF or some other type of scenario that plays out in someone’s future, it is always better to be prepared rather than not and having to deal with a “hair pulling catch-22 day;” the key is always being “prepared” as you never know what’s going to happen on the other side or in one’s future when it comes to the need for an emergency.

Hooha, keep writing, keep crushing it and we’ll see you on the next one.